Women and girls in the spotlight for World Table Tennis Day

In 1971, Ping Pong Diplomacy fostered a new understanding between east and west as English players were among the first in a generation to visit China.

In the Photo below, Tony Clayton, Now of Dorset, is third from the left.

In 1971, Ping Pong Diplomacy fostered a new understanding between east and west as English players were among the first in a generation to visit China. 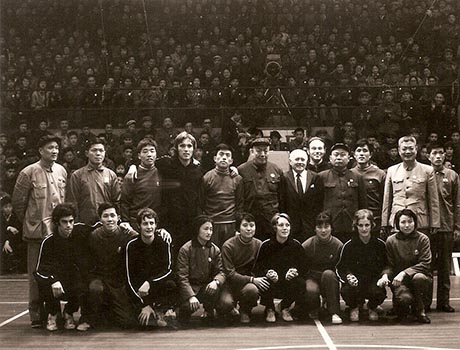 The invitation stemmed from American player Glenn Cowan, after practising with China’s Liang Geliang prior to the start of the 1971 World Championship, inadvertently boarding the bus carrying the Chinese team.

It set in motion a train of events which ended up with the US team being invited to visit China after that World Championship – an invitation which was also extended to England, Canada and Nigeria.

Ping Pong Diplomacy remains a key landmark in world table tennis history – and indeed its influence was felt in wider society around the globe and is still being felt in our sport. You can read more about this by clicking here.

This week’s Centenary Story goes behind the scenes of the tour with Table Tennis England President Jill Parker MBE – one of the players who made the historic trip.

“We’d had a big trip, because we were in Singapore for the first Commonwealth Championships and then on to Nagoya in Japan for the World Championships,” recalls Jill.

“While we were there, they asked did the players want to go to China. We thought that would be an absolutely awesome experience because no one had been to China for a long time and the Chinese hadn’t been out of the country much. We had no hesitation whatsoever.”

Some of the players who had been in Nagoya – Karenza Mathews, Denise Neale and Chester Barnes – did not travel to China due to other commitments, but Jill, along with Pauline Piddock, Trevor Taylor, "TONY CLAYTON"and Alan Hydes and support staff, made the trip.

“We were a bit apprehensive as we didn’t know what to expect,” said Jill. “We went to Hong Kong and took the train into Canton.

“We travelled round playing friendly matches. They were awesome players, and we knew they were ‘throwing’ games. The one thing that hit me the most was playing in front of a crowd of 22,000 and just looking into the crowd, everybody was dressed the same.

“They took us round a department store in Shanghai and, while we were walking around, Alan Hydes said he had lost a button. Someone found it and because it was nothing like they were wearing, they brought it back to the hotel and someone sewed it back on for him.”

The English and Chinese contingents at one of the matches. Jill Parker is fourth from right in the front row

Away from the table, there was plenty of cultural experience too.

“We went to communes and I met a little old lady who had had bound feet and her feet were tiny,” said Jill. “There were hardly any cars and there were bicycles everywhere. Everywhere we went there was food galore.

“In all the communes or factories, there were always table tennis tables and no matter where we were, they all played well. That was a game they could all play – they could be on concrete tables, bits of tables made from anything.

“Just going round the factories and seeing how they lived, which was quite basic, going to a hospital and seeing how sparse it was, seeing the Great Wall and the Summer Palace – well, it was quite an experience. Going back to China in the last few years, everything has changed.

“It was an incredible trip and one I will never forget. Coming home, we didn’t realise the impact here. As soon as we got off the plane there were interviews with the papers and BBC and ITV – the players and coaches were all interviewed.”

It was a trip which was reciprocated later in the year as a Chinese team visited these shores, when matches were held in Wales and Scotland as well as England, and there was a visit to 10 Downing Street and an audience with PM Edward Heath among the cultural programme. 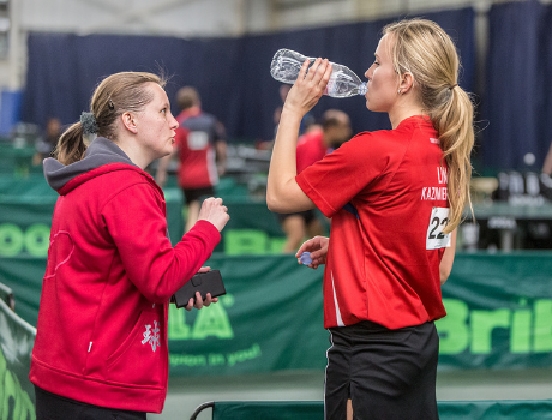 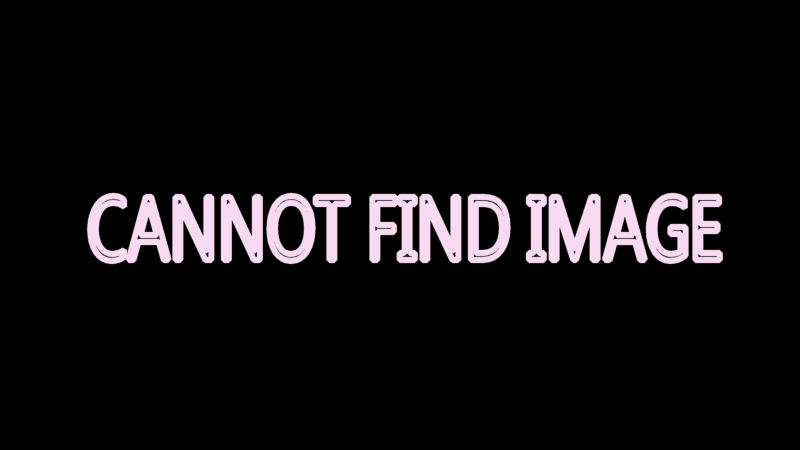 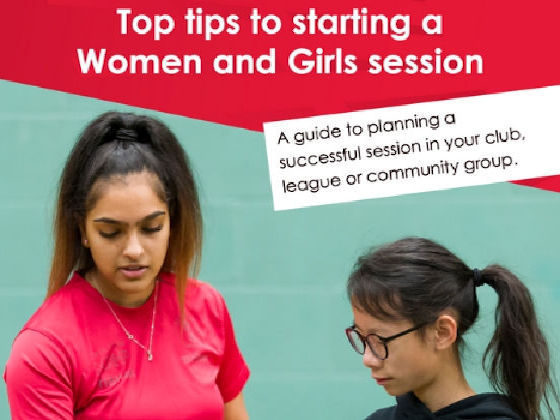 Top tips for starting a women and girls session 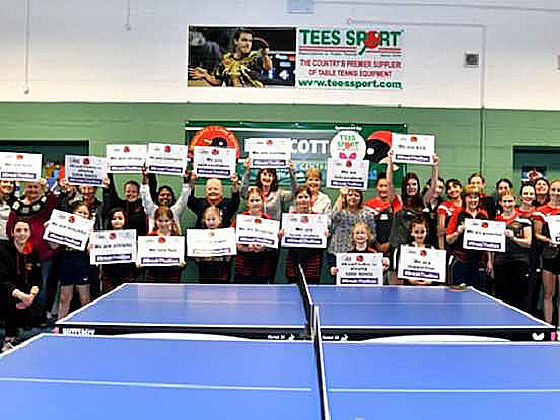 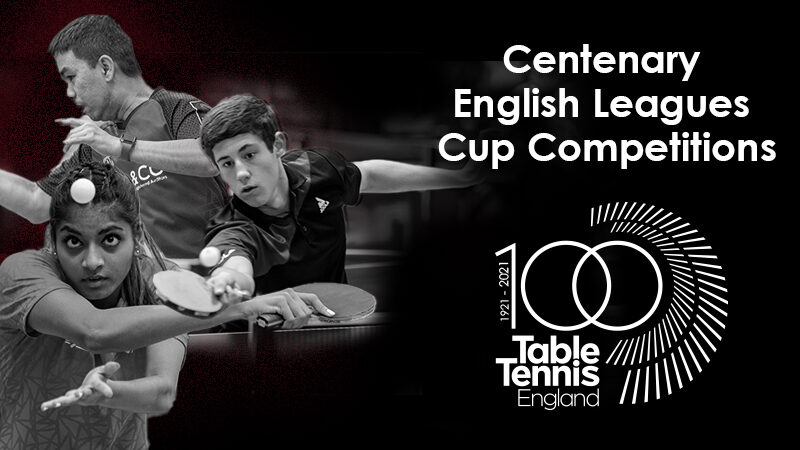 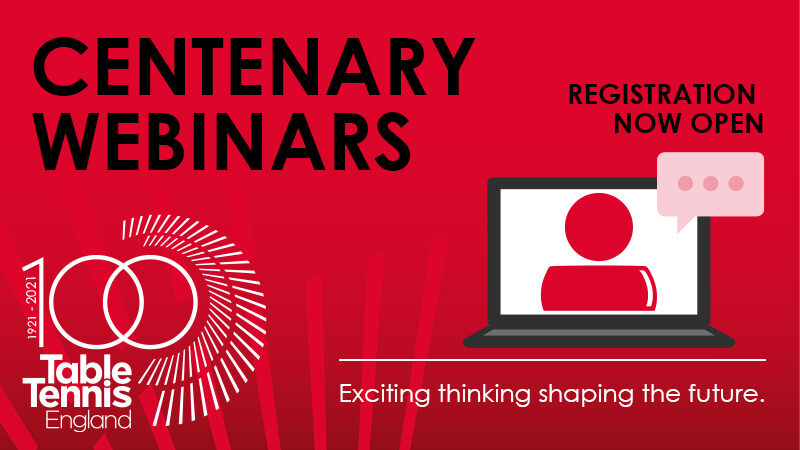 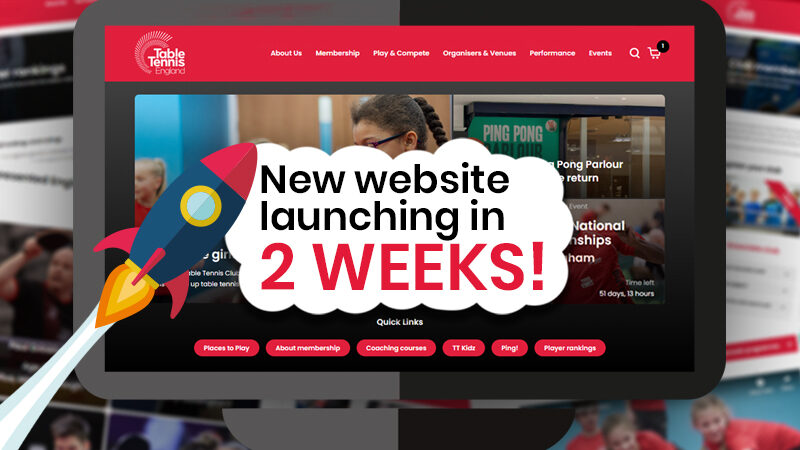 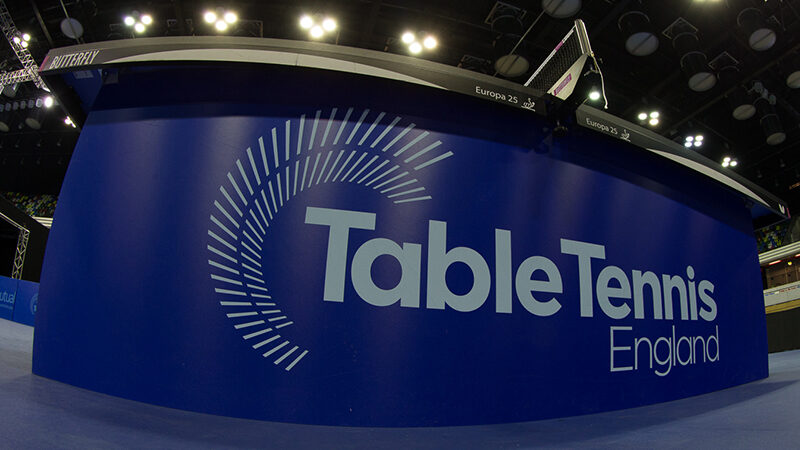 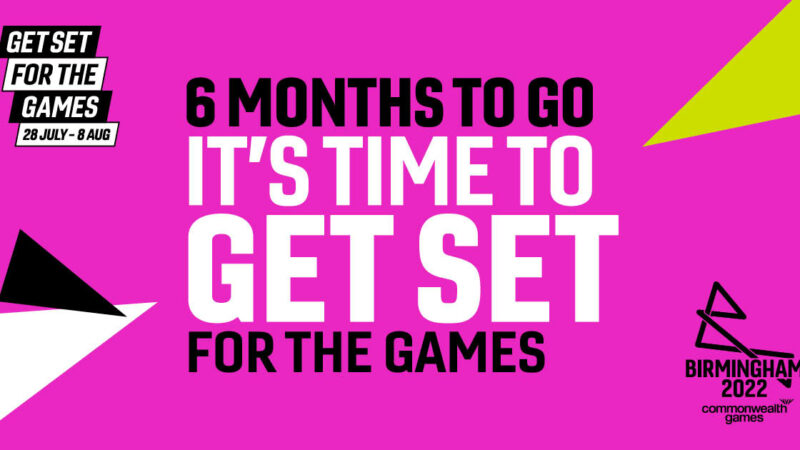 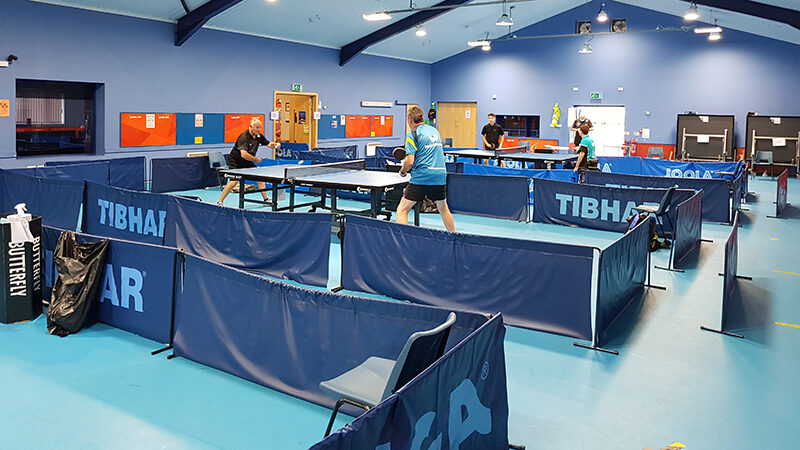 Chance to join our volunteer team for flagship Nationals 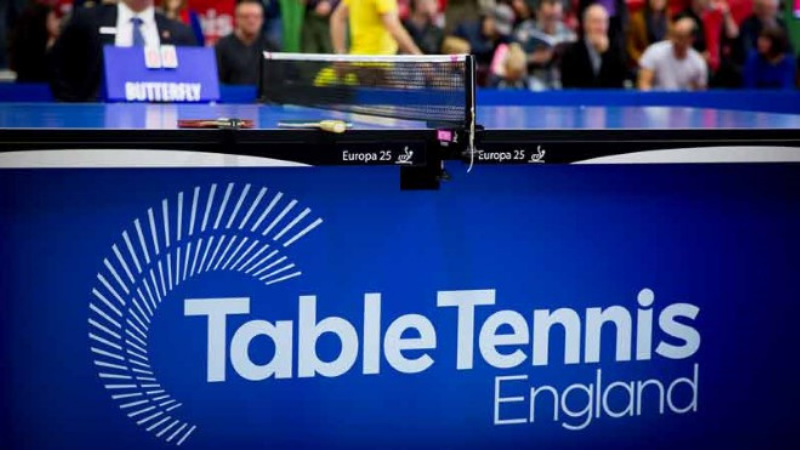 Make the most of your membership in 2022 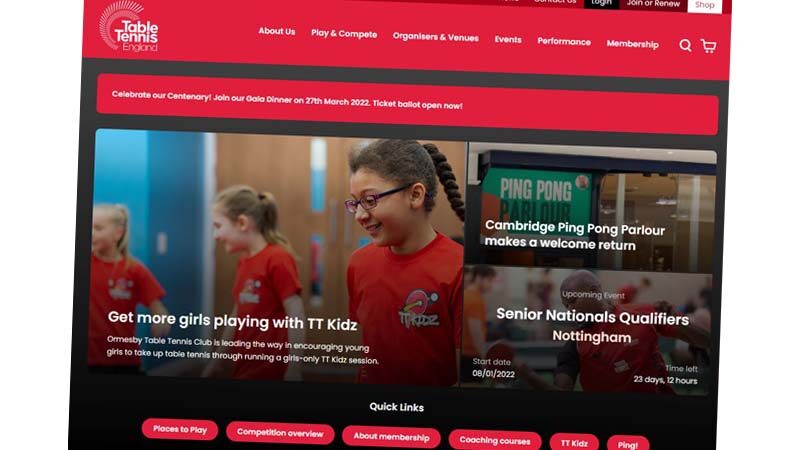 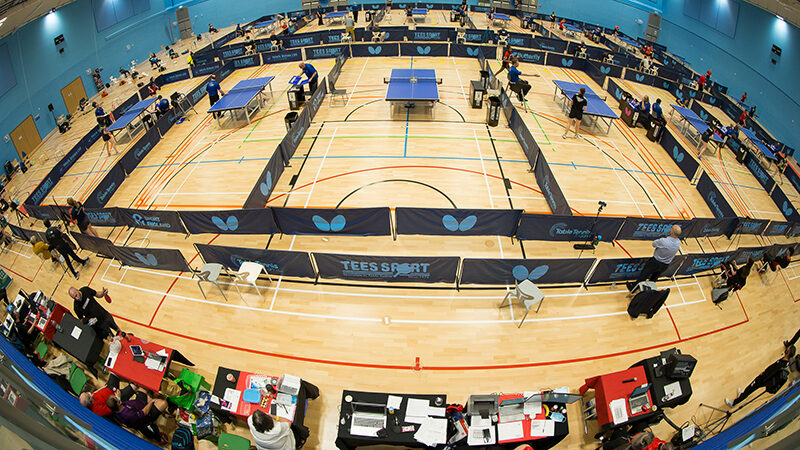 Hundreds have their say in our competition review 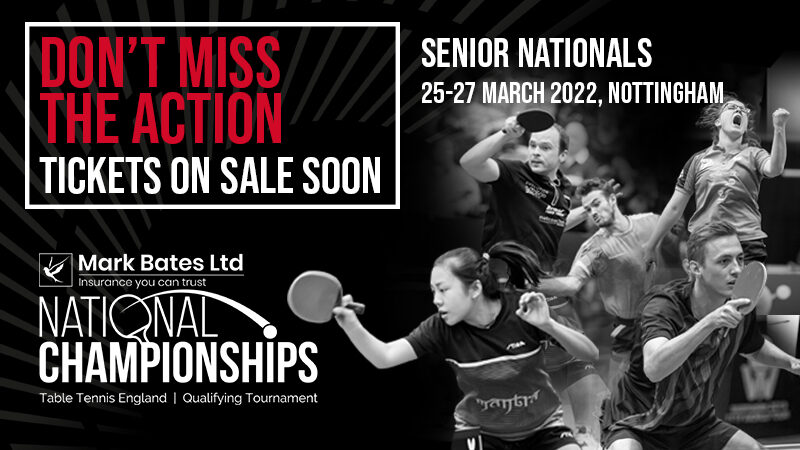 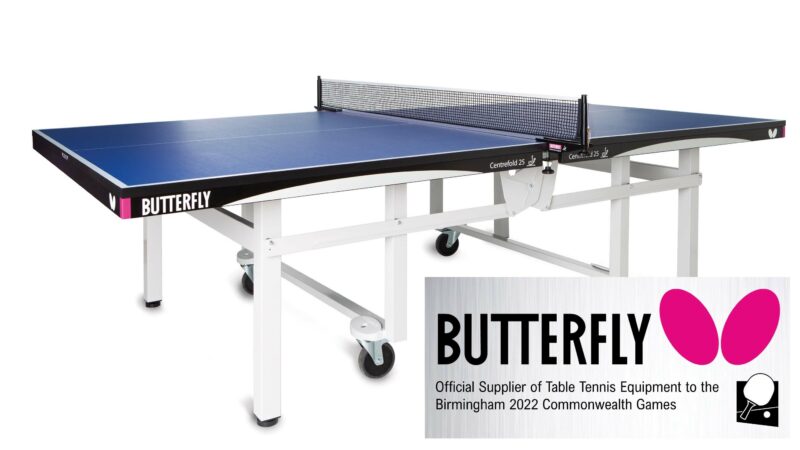 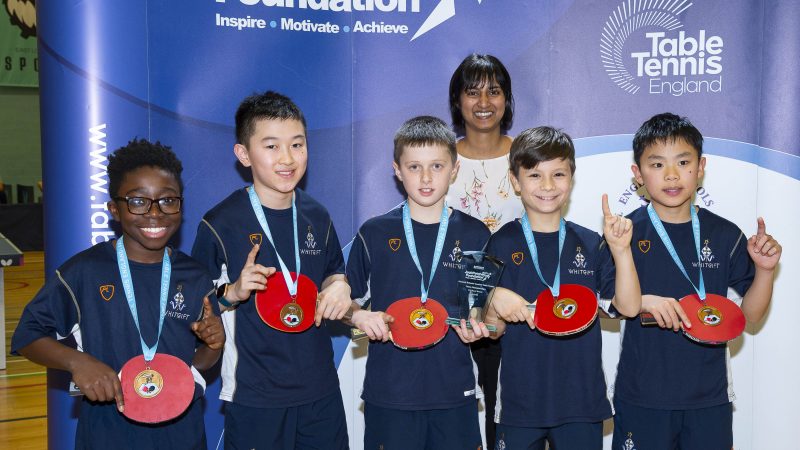 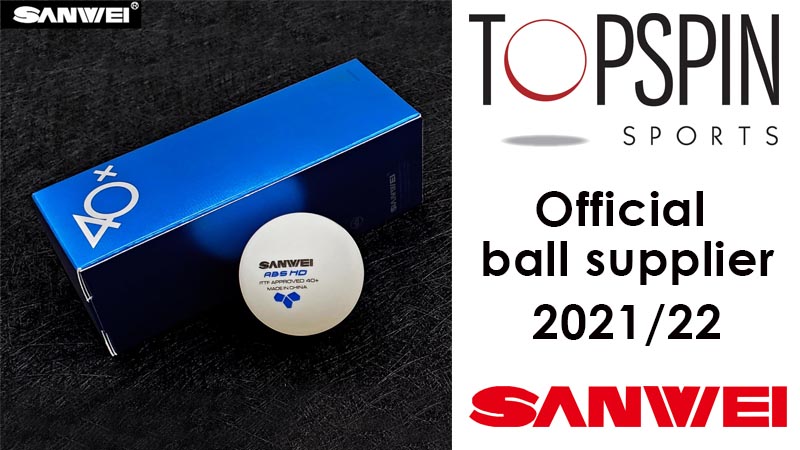 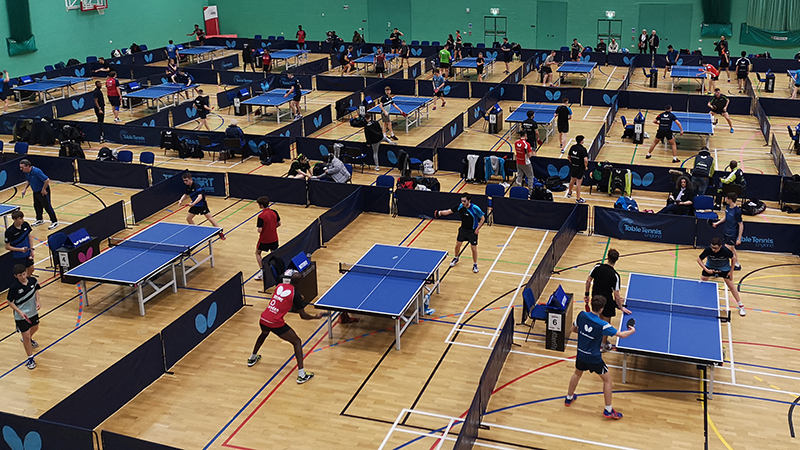 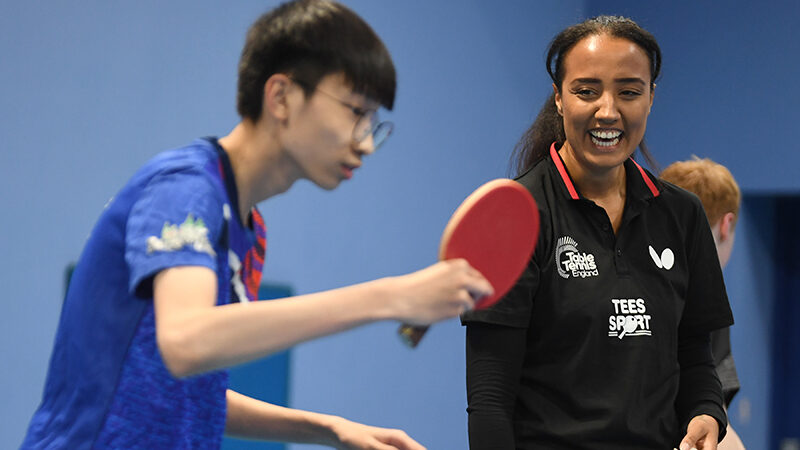 Creating an inclusive culture in clubs 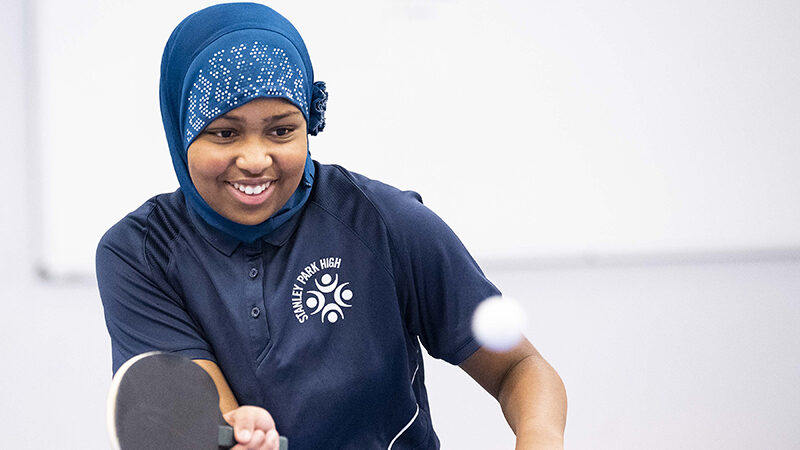 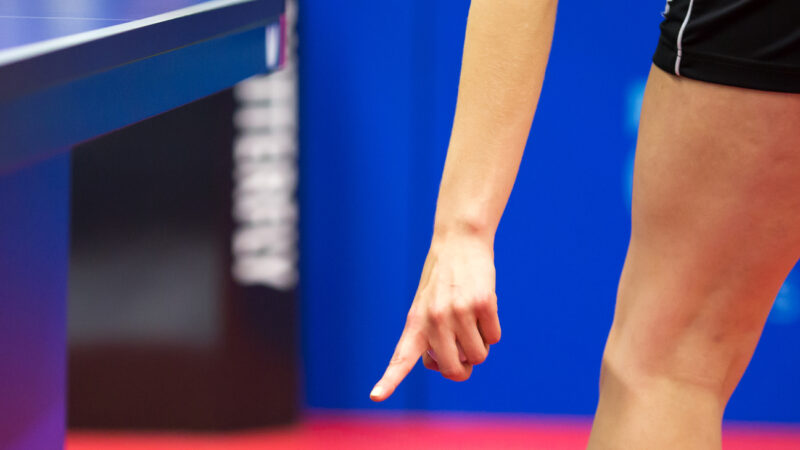 TT Kidz: to increase the number of girls at your club 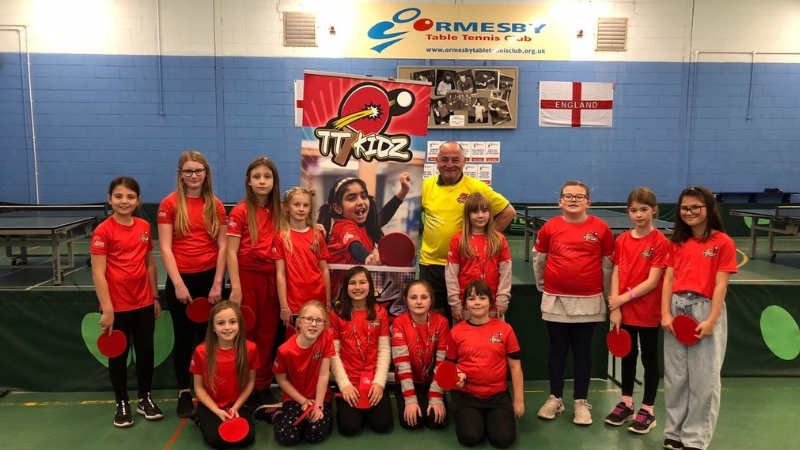 A summer of table tennis for girls at Ashford TTC 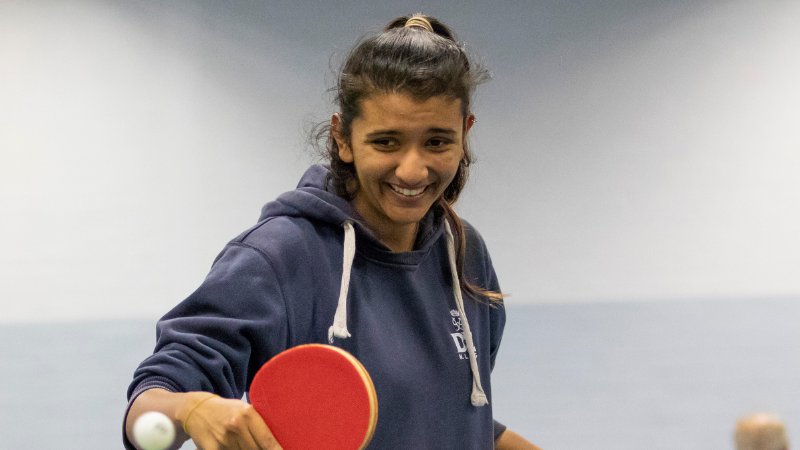 Engaging more women and girls with Level the Table funding 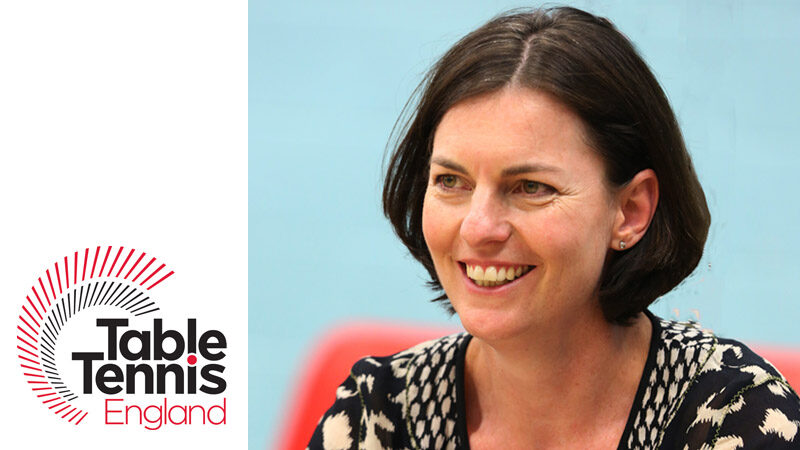 Table Tennis England Chief Executive Sara Sutcliffe is leaving her role after more than eight years. She will step down at the end of this year to take up a similar position with the Royal Yachting Association (RYA).

Sara joined the then ETTA as Chief Executive in July 2013, at a time when the organisation had failed to secure long-term funding from Sport England and an independent review had shown that the governing body and the sport were in need of a radical overhaul.

She oversaw fundamental changes to the structure and governance of the organisation, including the move from Hastings to Milton Keynes and the transition to the new identity of Table Tennis England. The changes culminated in the restoration of Sport England funding.

Since then, she has overseen sustained improvements in governance, performance and participation in the sport. Among the highlights of her time in office was leading the bid to host the ITTF Team World Cup in London in 2018, where the best players in the world thrilled sellout crowds at the Copper Box Arena.

Sara said: “Whilst I am excited by the challenges that lie ahead at the RYA, it is with a heavy heart that I am leaving Table Tennis England.

“In the eight-and-a-half years I have been the CEO there have been considerable improvements in governance, strategic planning, participation programmes and elite performance to name a few.

“It has of course been a huge team effort and I want to thank Sandra (Deaton, Chairman), the Board, the staff and all the wonderful volunteers for their support and contributions.

“Table tennis truly is a sport for all for life and puts a smile on the face of millions of people every year. I have thoroughly enjoyed and been honoured to play a part in the history of Table Tennis England and send everyone in the sport my very best wishes in this its centenary year.”

Paying tribute to Sara’s contribution, Table Tennis England Chairman Sandra Deaton said: “It has been my pleasure and delight to work side by side with Sara for the last eight-and-a-half years.

“She is the ultimate professional, who has been the backbone of the changes the sport needed to embrace. Taking the governing body into the next era, she has established the sport as a significant player within the industry.

“Sara’s ability to bring the team ethos into the direction of travel has cemented a strong and respectful relationship with the staff. The Board will be continually indebted to her for the guidance, support, respect and professional approach she has presented throughout her whole time with us.

“As she moves into the next stage of her illustrious career, I am delighted that she has secured such a high-level position within the sporting industry.

“Sara leaves us with an outstanding legacy and we will move forward building on this success. The Board will be focusing on this over the next few weeks and we will make the relevant announcements at the appropriate time.

“I am sure I can say with great confidence that all of us in the table tennis family wish Sara continued success and express our sincere thanks for all her devotion to our sport.”.

Sara, a qualified lawyer who started her career in the City of London, moved on to the British Olympic Association, where she attended four Olympic Games as General Counsel to Team GB and was instrumental in the London 2012 bid. Following the London Olympics and Paralympics, she joined the ETTA.

Sara was awarded the MBE for services to table tennis in the delayed 2020 Queen’s Birthday Honours, and was presented with the award by the Princess Royal in a ceremony at Windsor Castle earlier this week.

Please note - this news article was published more than one year ago. Some of the information contained may no longer be correct.

Table Tennis England Chief Executive Sara Sutcliffe says she is “deeply honoured” to be awarded the MBE in the Queen’s Birthday Honours.

Sara receives the award for services to table tennis in the list, which was delayed from its customary June date because of the pandemic.

Sara said: “I’m deeply honoured and accept this on behalf of the whole sport. We’re so lucky to have a huge number of people giving their time and skills to help others enjoy table tennis. They are the driving force behind our sport and I and everyone else at Table Tennis England will continue to do everything we can to help and support them.

“I also want to pay huge credit to all the staff, past and present, who work so hard as they truly believe that table tennis positively impacts so many people’s lives.”

She added: “I was very surprised to receive the letter informing me, speechless really. Especially at such a difficult time for the country it is hard to put into context. But table tennis will not only survive but I am convinced can thrive in a post-covid society. And with this weekend also being a focus on mental health we know that playing table tennis wherever and however can really be a boost.”.

Table Tennis England Chairman Sandra Deaton said: “I am absolutely delighted that Sara has been awarded an MBE for her services to table tennis.

“Since Sara’s appointment almost seven years ago the Governing Body has had an immense transformation and become a professional organisation. Her leadership is centred around the needs of all aspects of the association. This has resulted in strong operational concepts which have taken sport to the next level.

“The award is also a recognition for table tennis but make no mistake it is about the immense respect Sara has in the whole of the sporting industry – congratulations!”.

Sara played a key role in the Every Sport Matters campaign which called for unfunded sports to be given a guaranteed base level of funding to help them finance high-performance programmes aimed ultimately at qualifying and being competitive on the Olympic and Paralympic stage.

The campaign resulted in the creation of the UK Sport Aspiration Fund and the awarding of finance to a total of 15 sports, including table tennis.

Sara has recently been helping to lead a campaign putting pressure on the Government to ensure sports halls are used for indoor sports as the country continues to emerge from lockdown.

This is the culmination of Sara’s 20 years of working in sport including at the British Olympic Association and board roles at British Gymnastics and GB Taekwondo.

Also in the table tennis family, there is an MBE for Charles Flint, co-founder of Evergreens Table Tennis Club, for services to sport for older people in North East Scotland.